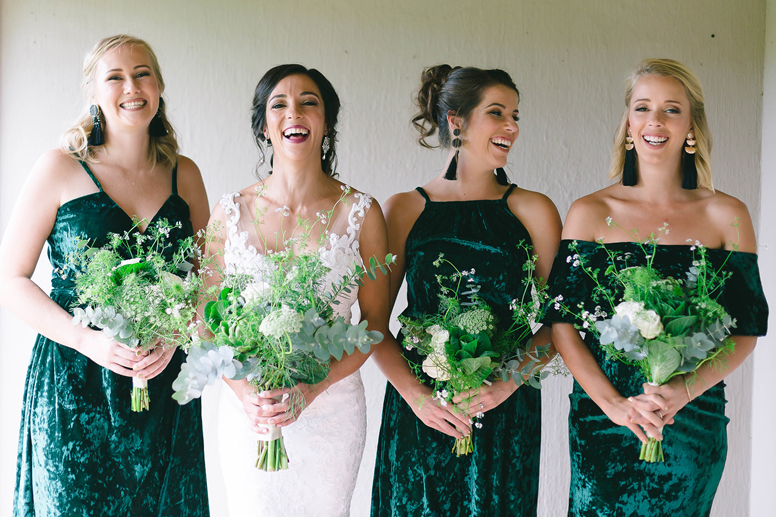 Ever wonder why bridesmaids are often asked to wear matching dresses to support the bride during the processional? It wasn’t always to ensure the bride stood out, while her besties donned tacky gowns. Quite the opposite, as bridesmaids originally wore similar dresses to the bride to confuse her exes and outsmart evil spirits. That way, the evil spirits wouldn’t know which woman in the group was getting married.

As far as bridesmaid duty, in early Roman times, bridesmaids would line up to form somewhat of a protective shield while walking the bride to the groom’s village. The group of women, who were similarly dressed, were expected to intervene if any vengeful paramours tried to hurt the bride or steal her dowry. Aren’t you glad, today, that you’re only responsible for smiling while carrying a bouquet.